To say that this list of my top five movies and TV shows of 2017 was easy to put together wouldn’t be exactly the truth. I had to scrounge around a little because I am, admittedly, still burned out from film school (four years later) and the thought of actually paying to go to the movies is slightly repulsive to me.

So I should really qualify these top five’s with a little warning that I don’t make it to the movies that often and I prefer to consume media on streaming services that I already happen to have through various channels (aka Mom and Dad and my boyfriend, though Hulu did trap me with their alluring 30-day free trial for several months there).

However, that doesn’t mean I wasn’t completely and utterly consumed by a few of the films and shows that I’ve selected for my 2017 lists; Raw, which I’ll be writing a full piece on at some point, is one I can’t get out of my head along with Get Out, Dark, and The Handmaid’s Tale.

When I step back and take a look at my picks for 2017, I can’t help but notice that though there is some diversity, I need to seek out more films with diverse crews and casts in 2018, and not to sound like a broken record, but our entertainment industry needs to get its act together already. I’ve also noticed that I’ve unintentionally gravitated towards the horror/thriller genre and that themes of paranoia, underdogs, the past, and bleak futures seem to reign. I can’t imagine why with our current balmy political climes. Just kidding. Without further ado, my top fives.

1. Raw – I don’t think I’ve ever been as morbidly fascinated and petrified as I was watching writer/director Julia Ducournau’s dark and twisted story of Justine (Garance Marillier), a first year veterinary student, who finds she has an insatiable taste for raw flesh—human included. What could have been just a straight up gross out horror flick is actually an artful, and yes, horrifying allegory for puberty, sibling rivalry, and a teenage girl’s developing sexual desires. If you’ve got a strong stomach and don’t mind venturing into the darker recesses of human wants and needs, this one’s for you.

2. Get Out – My boyfriend and I went to see this film as our cheery seventh anniversary of going steady date night (just kidding, we knew what we were getting into…). From the get go, it was obvious that Jordan Peele knows his horror movie tropes and better yet, he knows how to deftly twist them in unexpected ways that are both stressful and cringe-worthy. I’d also just like to say that Get Out is an amazing title. Perhaps borrowing from the same vein as films like Don’t Look Now, Get Out is both a command and an impulse you can’t shake as you’re watching this movie. Witnessing Chris (Daniel Kaluuya) get completely tangled up in this sinister family’s web, all I could think was, “Just get the f-ck out now, man.”

3. Lady Bird – This slice of life look into a year of a teenage girl’s life is delivered with both humor and a heartfelt sincerity that we haven’t had a chance to see on the big screen since the likes of Juno. Greta Gerwig’s directorial debut had me a little wary, but you can read up on what I thought of Lady Bird in my review here (please and thank you).

4. The Little Hours – I first heard of The Little Hours, a movie based on two stories from The Decameron by Giovanni Boccaccio, from a video my brother was watching of Aubrey Plaza hanging out with some nuns whilst learning how to trim buds and getting stoned. I guess it was a promo thing? It worked, whatever it was. This film is a weird lil comedy set in the 14th century about nuns, servants, priests, and some serious tom foolery. Imagine getting a bunch of Parks and Rec and Community alumni together and making something vaguely Monty Python and the Holy Grail-esque and you’ll get The Little Hours. I laughed really, really hard. I’d also just like to say that Aubrey Plaza might be my spirit animal.

5. Logan Lucky – Steven Soderbergh has always been a director who’s piqued my interest for his economy of filmmaking. Tired of Hollywood, Soderbergh left and made The Knick—if you haven’t seen it, you should—and then made Logan Lucky outside of conventional Hollywood means. Lucky for Soderbergh, he’s able to reel in the heavy hitters, including Channing Tatum, Adam Driver, and Daniel Craig, as a trio of scrappy (and a little slow but hilarious) working class guys looking to make a quick buck by robbing their local speedway. I’d like to remind you that this is the same dude who brought us Ocean’s Eleven. I also can’t help but love seeing a relatively small film made by a veteran director who’s so on top of it that he had a first cut of Logan Lucky done on the last day of the shoot…okay, I’ll stop nerding out now.

1. The Handmaid’s Tale – My high school AP Literature class almost ruined this one for me, but this take on Margaret Atwood’s novel is riveting and disturbing in its parallels to today’s world. Even with a couple of filler episodes we could have done without, I love how The Handmaid’s Tale went beyond the book and into other characters’ stories instead of focusing entirely on Offred’s point of view. As my AP Lit teacher would have said, they really, really delved.

2. Dark – Word of advice, don’t watch the dubbed version. I know subtitles might be a slog when you’re watching a full TV series, but it’s worth it. This series is a strange, labyrinthine look at a small town with families that all should have left a long, long time ago. Every review I’ve read has compared it to Stranger Things, which is doing Dark a big disservice. I mean sure, there are teens in it and sci-fi mysteries, but other than that? No. This is much darker. Pun totally intended.

3. The Americans – This year’s season of The Americans wasn’t exactly the best, but I had to include The Americans because this has been a show my boyfriend and I have been trying to catch up on since early 2017 and we finally did. I love the 80s kitsch, Philip and Elizabeth and their weird KGB spy disguises, and it’s hard not to feel like the whole thing is a little uncanny considering well…Russia. Now.

4. Alias Grace – You know it’s good when you can’t get Grace’s reedy Irish accent out of your head when you’re trying to go to sleep. Creepy, psychological, and yet another Margaret Atwood adaptation about the oppression, possession, and imprisonment of women. And that’s about all I can say without giving anything away. 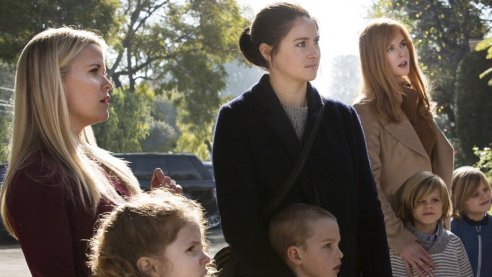 5. Big Little Lies – Despite this show being about a bunch of white women (minus Zoë Kravitz), I have to admit, I was really entertained. This show could have been real trashy, but the acting, writing, and cinematography saved it. I will say that I found the soundtrack to be a bit overkill and let’s be honest, it was hard for me to buy that they were in Monterey, but the drama was just so good. 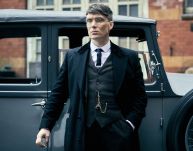 –The Deuce – Maggie Gyllenhaal, you’re amazing. James Franco, maybe if there was one less of you…

–The Lost City of Z – If Jungle Cruise didn’t end back at the Adventureland docks.

–Thor: Ragnarok – Taika Waititi turned a series I really don’t care about into something that was both ridiculous and entertaining.

–Peaky Blinders – Cillian Murphy, can I have your number? Please.

–The Last Kingdom – Just the right amount of cheese. And Uhtred son of Uhtred.

The best part of this season.

–Bladerunner 2049 – Go ahead and fight me. But I’m never going to get over the complete and utter objectification of women in this film, the lack of diversity, or how boring Ryan Gosling is. All of this coming from someone who actually likes the original.

–Game of Thrones – Blue-eyed dragons, gee, we didn’t see that one coming.

–Stranger Things – It was okay…but there’s something a lot less terrifying about big picture monsters hovering ominously in the sky than the smaller ones that come out of the walls and try to eat you. And their portrayal of teenage girls and women really needs some help.

There’s a good chance I’ll never quite catch up, but in a perfect world, I’d see these too: Call Me By Your Name, The Shape of Water, Mudbound, Phantom Thread, and The Disaster Artist. Movie night, anyone?